Archaeologists discover 'museum under the sea' at Gallipoli 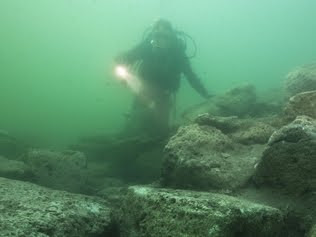 Archaeologists discover 'museum under the sea' at Gallipoli

TURKISH and Australian archaeologists have discovered a "museum under the sea" at Gallipoli.
The find includes the wreck of a barge that carried injured and dead Australian and New Zealand soldiers from Anzac Cove during the World War I Gallipoli campaign in Turkey, The Dominion Post reported.

A sonar survey also found the wreck of British destroyer HMS Lewis, along with shrapnel from lead bullets fired by Turkish snipers at Anzac troops as they swam in the sea, the newspaper reported.

The survey covered the seabed adjacent to the beaches where Australian and New Zealand troops landed in the 1915 campaign.

Archaeological photographer Mark Spencer, who was part of the 12-person team, said the barge find was particularly significant.