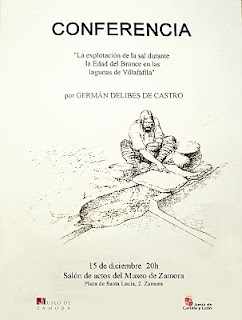 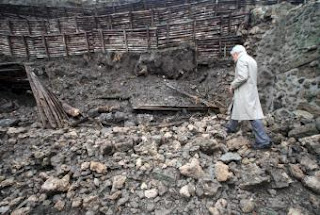 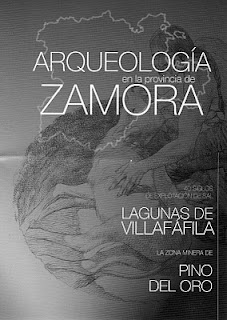 Bearing perhaps the earliest printing in English America, fragments of 400-year-old personalized pipes have been found at Virginia's Jamestown, the first permanent English settlement in the New World, archaeologists say.
Stamped with the names of Sir Walter Raleigh and other eminent men back in England, the pipes may have been intended to impress investors—underscoring Jamestown's fundamentally commercial nature. "Finding these pipes has illuminated the complex political and social network in London that was behind the settlement," said William Kelso, director of archaeology for Historic Jamestowne, a public-private partnership that works to preserve and interpret the settlement site. (See a Jamestown map.)
The personalized clay pipes, which archaeologists say were probably made between 1608 and 1610, also provide new insights into Jamestown's early pipemaking industry.

The settlers' lives depended on pleasing the investors of the Virginia Company, which bankrolled and supplied struggling Jamestown. It may not be surprising, then, that among the eight names that can be seen on, or inferred from, the fragments are those of several Jamestown investors. (See all eight names at bottom.)

The colonists, Kelso said, may have been trying to both demonstrate their profit-making ability and butter up company leaders and other prominent Englishmen.

Whether any pipes ever reached their intended recipients in England is not known, he added.


An Offering for Smoking's Patron Saint?

Kelso said the Sir Walter Raleigh pipe was a surprise. After all, Raleigh wasn't directly associated with Jamestown and was, during the years the pipes were apparently made, locked up in the Tower of London.

And since Raleigh is often credited with popularizing tobacco smoking in England, making a pipe for him may have been an attempt to get him to endorse Jamestown-made pipes, Kelso said.

The use of clay pipes by the English appears to have begun when colonists saw Indians smoking on Roanoke Island, according to Bly Straube, senior archaeological curator of the Jamestown Rediscovery Project.

After Indian pipes had been brought back to England in 1585, the demand for pipes—following Raleigh's fashionable example—began to escalate, she said.

Archaeologists unearthed the personalized-pipe fragments in fall 2009 in an abandoned well that Capt. John Smith had built in the center of James Fort in 1608. (See "Jamestown Colony Well Yields Clues to Chesapeake's Health.")

It's likely that Robert Cotton, the first English pipemaker sent to Jamestown, made them after he'd arrived in 1608, Straube said.

Not unlike London-made pipes, the fragments are stamped with distinctive diamond-shaped markings and fleurs-de-lis.

Names were impressed using individual pieces of type, making the pipes perhaps the earliest known examples of printing in English America, according to archaeology director Kelso. The pipemaker probably had a complete set of type in his toolbox, since he had to use 20 different characters from the 24-character Elizabethan alphabet to form the names on the pipes that were discovered, Kelso added.

In material and shape, though, the pipes, made of Virginia red clay, owe a debt to Native Americans, according to Straube.

Early English pipe bowls were small and bulbous, made for smoking small amounts of expensive imported tobacco. But Indian pipe bowls were larger and, like Jamestown pipes, trumpet-shaped. They could accommodate large amounts of locally grown tobacco and be shared and smoked with others as a symbol of friendship, she said.


The new pipes are more proof that the Jamestown colonists weren't all lazy gentlemen, as some scholars have depicted them, according to Kelso.

"The skilled tradesmen and craftsmen among them were seriously experimenting with ways to produce profit-making exports for the investors back home," he said.

Virginia Company investors hoped to make money by exporting clay and pipes to London. There, clay pipes—inexpensive but easily broken—were produced and sold in great quantities, fashioned almost entirely from white clay mined in England, according to Straube, the curator.

Exporting clay to pipemakers in the Netherlands would also have been lucrative, she added.

After all, archaeological director Kelso said, "millions of people were probably hooked on tobacco by the time Jamestown was settled, and there was a tremendous demand for pipes."

Tragedy of the Golden Weed

When tobacco was first introduced in Europe in the late 16th century, people smoked it to "fumigate their bodies and eliminate germs and disease," according to James Horn, Colonial Williamsburg's vice president for research and historical interpretation.

By the 1590s smoking tobacco imported from the New World had become "a very fashionable pastime in taverns" in Europe, Horn said.

Despite their interest in pipemaking, Virginia Company officials were never keen on growing tobacco, according to Horn.

"They were very wary of basing the colony on smoke. They tried to move toward a more diversified economy and the discovery of precious metals such as silver and gold," said Horn, author of A Land as God Made It: Jamestown and the Birth of America.

But in 1614 John Rolfe, the Englishman who married Pocahontas, sent the first successful tobacco harvest to England, and the golden weed became the cash crop that enabled the colony to survive. (See "Pocahontas's Wedding Chapel Found at Jamestown.")

Rolfe had somehow obtained seeds for Caribbean tobacco and cultivated it in Virginia, even though Spain, in an attempt to protect its tobacco trade, had made selling such seeds to a non-Spaniard a capital offense. The native Virginia tobacco, Nicotiana rustica, grown by the Indians, had a biting taste and was not as sweet to smoke as Caribbean tobacco, according to colonists' accounts.

Horn thinks that Rolfe's relationship with Pocahontas probably helped him learn how to grow tobacco from the Indians.

"It's interesting that the two major exports that helped Jamestown succeed were corn and tobacco—both Indian crops. The success of the crops attracted more colonists, which opened up land development along the James River," he said.

"Tragically, European cultivation of the crops led to the Indians' destruction."

NAMES INFERRED FROM THE PIPES